Are bad translators driving out the good?

Posted on September 24, 2012 by Paul Sulzberger 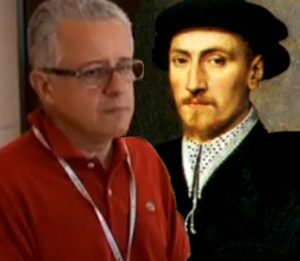 Many of us have a sense of unease from what seem like conflicting signals from the translation marketplace. On the one hand, the demand for translation appears to be increasing worldwide, but on the other, prices appear to be dropping or at least are stagnant [1].

Most pundits agree that there is significant “price compression” in the translation industry. Many translators wonder if advances in machine translation or global economic troubles are to blame. I talked to a man who rejects these beliefs. He has plenty of strong views on the subject, and considers himself to be somewhat of a “contrarian” often with a lone voice on the important issues.

Although he concedes that he never had any great yearnings to be a translator, Luigi has spent the last 30 years right in the midst of it—translator, terminologist, teacher and entrepreneur. This is what he has to say…

Paul: When you talk about the state of the translation industry, I note that you frequently refer to Gresham’s law [3]. Who was Gresham, and what is this law?

Luigi: Sir Thomas Gresham was an English merchant and financier who worked for King Edward VI and his half-sisters, Queens Mary I and Elizabeth I. He observed that coins which contained the highest quantity of gold or silver would quickly disappear from circulation. As long as these “good” coins had the same face value as the “bad” ones, people would hoard them or melt them down allowing the less valuable ones to flood into circulation.

On the basis of this observation, in 1857 a Scottish economist, Henry Dunning Macleod [4], coined the term “Gresham’s Law”—an economic principle commonly stated as: Bad money drives out good.

Paul: Do you think that this principle is in operation in the translation industry?

Luigi: Most certainly. My observation is that the bad translators drive out the good ones. To understand why and how this happens, we have to understand some of the structural problems which cause so much pain in the industry.

Paul: So how would you describe the industry’s most pressing pain point?

Luigi: The most damaging problem is that the main parameter in selling/buying translation is price–and usually price alone. Rather than looking to understand and meet their customers’ real needs, language service providers find themselves trapped in a downward spiral of destructive price competition. The effects are passed down the line affecting all players in the industry. The damage is made worse when professional translation services are auctioned via portals like ProZ and TranslatorsCafe. Projects are offered to a large, undifferentiated mass of translators and those who offer the lowest bids generally win the tender and get the work.

Paul: So, how does this sort of price compression “drive out” good translation resources replacing them with worse ones?

Luigi: The industry is dominated by a large number of vendors who often add little or no value to the services they buy in from linguists. These resellers typically compete against each other, not on the basis of skill or efficiency, but on the basis of price. This outsourcing and reselling approach is an obsolete and inefficient business model in my opinion.

To survive and withstand price competition in the market, resellers who are unable to improve or streamline their processes find they have no choice but to put pressure on the rates they pay to their translators. This approach marginalises the best translators who become increasingly unwilling to work for such poor rewards and the net effect is that they are eventually squeezed out of the market.

When good, professional translators have the same “face value” as amateurs or moonlighters, we see the application of Gresham’s law in full force. But it’s not just translators–it applies to translation tools, production methods and other translation resources too!

This process has begun to backfire on both the customer and the middlemen who perpetuate this obsolete system. The unprecedented growth in demand for translation in tandem with the effect of Gresham’s Law will lead inexorably to a chronic shortfall of qualified language specialists. The gap between the lower and the higher end of the translation labour market is widening and the process will inevitably continue.

Paul: Is there any real evidence for a shrinking supply of “good” translators? 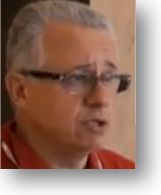 Luigi: For the past six years CSA have conducted a regular business confidence survey of translation players. In every quarter since they began conducting the survey, LSPs have increasingly complained about not being able to find enough qualified language specialists to meet their needs. [5]

Paul: A diminishing workforce of trained and experienced professionals available to LSPs suggests a crisis ahead for the industry. Do you foresee a collapse of the existing system? 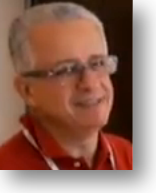 Luigi: When asked to foresee the future, Renato Beninatto prompted me to think of a statement from Wacker and Taylor’s The Visionary’s Handbook [6] which says “The closer your vision gets to a provable future, the more you are simply describing the present”. A similar sentiment was expressed by John Maynard Keynes’s who said “The long run is a misleading guide to current affairs. In the long run we are all dead.” [7]

That’s why I like to see myself as an observer and analyst rather than a visionary or a diviner.

Nevertheless, I have long been warning that the translation industry’s typical business model is obsolete and ineffective. Price competition has undermined the very foundations of the whole system. Reducing staff is impractical in an industry almost entirely based on outsourcing and freelancing, therefore price competition can be only be sustained by cutting direct costs. Generally this can be pursued only through lowering the rates paid to translators and using—but not investing in—technology. And this takes us back to the vicious circle implied in Gresham’s Law.

Paul: Do you think that new, more efficient business models will emerge as a result of this evolving crisis? 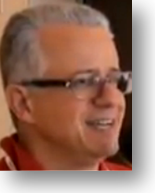 Luigi: The demand for translation has been increasing steadily over the last three decades due to the explosion of content made possible by information technology. This growth will continue—and this is no prediction! Content is doubling every year and this growth is outstripping the rate at which translators are entering the profession: it takes many years to create a professional translator. The only way to handle this growth in content is by increasing translators’ productivity, but the translation industry remains a relatively low-tech industry where the “do more with less” philosophy is an imperative that very few can (or are willing) to follow.

In the immediate future I see the translation industry remaining highly fragmented with an even larger concentration of the volume of business in the hands of a bunch of multi-language vendors (MLVs) who hire translators from the lower layer of the resource market to keep competing on price. This side of the industry will soon count for more than a half of the pie. The other side will be made up of tiny local boutique firms and tech-savvy translator pools making use of cutting-edge collaborative tools.

Translation is rapidly shifting online and the costs associated with the online economy are trending toward zero at a very fast pace. The prevailing model will be “freeconomics” where basic services are offered for free, while advanced or special features are charged at a premium. The future is in disintermediation and collaboration.

Luigi: The winners will be those translators who can leverage their specialist linguistic skills by increasing their productivity with advances in technology. These are the ones who may ultimately escape Gresham’s iron law.

[6] The Visionary’s Handbook: Nine Paradoxes That Will Shape the Future of Your Business (2000), Watts Wacker, Jim Taylor and Howard Means, HarperBusiness.

This entry was posted in OpenBorder. Bookmark the permalink.

31 Responses to Are bad translators driving out the good?